Paul Farr was raised in Currituck County. He learned the value of customer service from working in his parent’s convenience store and restaurant through his teenage years. After graduating from Currituck County High School, he enrolled at East Carolina University and completed his Master of Science degree in Economics. During most of his tenure at ECU he completed a regular commute from Currituck County. After completing his degrees, Paul became employed as an Insurance Agent. After working in the insurance industry for more than 10 years Paul decided to complete a PhD in Economics. He completed his PhD course of study in 2011. Paul has aquired numerous company and industry awards in his insurance career. Paul’s passion is education and helping others. In 2011 he formed The Farr Away Foundation, Inc., a 501(c)(3) foundation to encourage graduating high school seniors to obtain a secondary degree through scholarships and grants. Paul and his partner live in Kill Devil Hills and Maple, North Carolina. Paul loves to snowboard, surf and work on growing his businesses.

Anthony Dickinson grew up in the Western Branch area of Chesapeake, Virginia. After graduating from Western Branch High School he acquired his Bachelor of Science degree in Recreation and Leisure Studies from Old Dominion University in Norfolk, Virginia. Shortly before graduation he relocated to the Outer Banks. Over the next few years he worked several jobs which included Dare County Parks and Recreation. At Dare County Parks and Recreation he made great friendships and helped with programs including the Special Olympics which had a significant impact on his life. Anthony also had a part-time job at a restaurant while paying back his student loans. He was offered an Insurance Agent position in 2003 and has since been employed in the insurance industry. Anthony has won various company and industry awards. Anthony and his family live in Maple, North Carolina. He loves to surf and play video games when not spending time working or with his family. 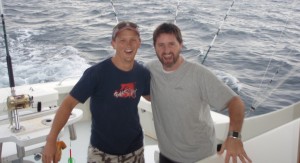 Anthony and Paul’s paths crossed when they were assigned to the same insurance office location in 2004.  Although they seemed like polar opposites they soon discovered their areas of skill and expertise greatly complimented each other.  As time evolved their friendship grew which lead them to start several successful businesses together. Anthony and Paul are committed members of the local community and enjoy giving back to the community in many ways.

Outer Banks Cleaners was established in 1982 in Manteo, North Carolina. We have grown to serve Dare and Currituck Counties. Outer Banks Cleaners is a locally owned and managed business. Working as a team with great staff at each location, we take pride in serving the community with excellent dry cleaning and laundry services.

Our Mission at Outer Banks Cleaners is to provide our customers with superior dry cleaning, laundry and alteration services by staff who are knowledgeable, prompt and friendly.